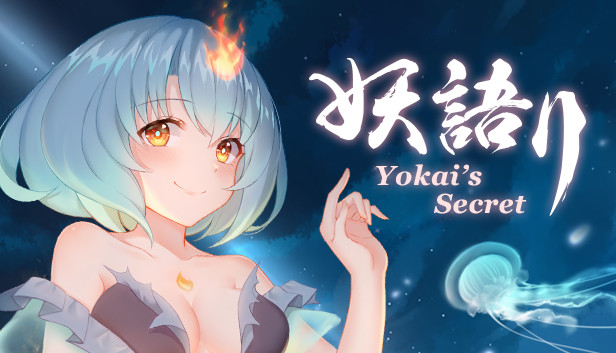 Stunning, superior visuals are the pilars of Yokai’s Secret, one of the most popular adult games on Steam. Without question, Yokai’s Secret delivers on potent, uncompromising graphics that invoke a sense of peace and sexuality.

When it comes to Japanese art in an adult, or NSFW spectrum, Yokai’s Secret encompasses the best of all experiences.

Here’s what you need to know…

Our Yokai’s Secret review begins where it should, with the cornerstone of why this Steam game is so successful and sought after. The graphics.

At a more granular level, the artists responsible for Yokai’s Secret’s graphics deliver powerful attention to details, serene settings and atmospheres, and flirtatious, captivating eyes that reel the gamer into each and every scene.

Most great games have at least a semblance of narrative. Yokai’s Secret is no different. Although the eyepopping graphics drive the game’s appeal, the story that wraps you into gameplay isn’t bad, either.

You live in a world amongst Yokais. But the beautiful Yokais revolt agains the world and release chaos. You must stop the chaos. The Yokais will either be friend or foe. Some may want to poison you. You’ll need to detect which are good, and which are bad, if you want to make it.

Yokai’s Secret is a Puzzle Game

Beyond the mind-blowing graphics, Yokai’s Secret features puzzles as a part of the gameplay. You’ll need to solve puzzles that essentially have you matching shades of colors.

The puzzles deploy rows of bricks. You need to organize them in rows based on shades of colors. You are in essence, assembling colors to match one another as close as possible. Its not overly difficult, but its not easy, either.

Here’s another big win for Yokai’s Secret: It’s less than $2 on Steam. That’s an incredible price given how amazing the graphics are.